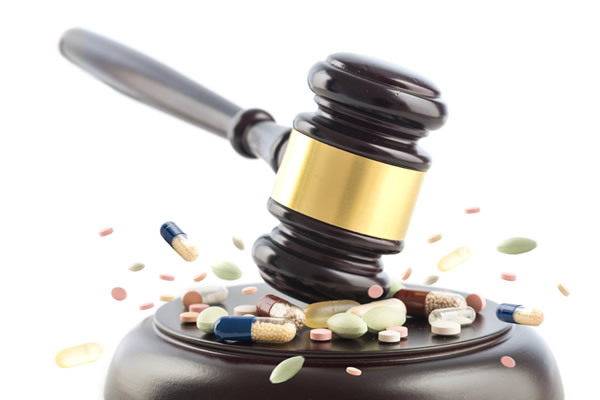 Lost sometimes amidst the opioid epidemic dominated news over the last several years, we note the steady increase in deaths related to alcohol and the rise in psychosis among cannabis users. The Center for Disease Control and Prevention estimates that 88,000 people a year die of alcohol-related causes, more than twice the annual death toll of opiate overdose. Recently published study connects the use of marijuana to a rise in psychosis. These are both serious health and societal concerns which do not lend themselves to easy remedies.


A study published in JAMA Psychiatry recently indicated that the rate of alcohol use disorder, or what's colloquially known as "alcoholism," rose by a shocking 49 percent in the first decade of the 2000's. One in eight American adults, or 12.7 percent of the U.S. population, now meets diagnostic criteria for alcohol use disorder, according to the study. SAM SHA indicates that 176,000,000 Americans regularly use alcohol and that 10% of regular users develop an alcohol use disorder.


The authors of the article in JAMA Psychiatry characterized the findings as a serious and overlooked public health crisis, noting that alcoholism is a significant driver of mortality from an assortment of ailments: "fetal alcohol spectrum disorders, hypertension, cardiovascular diseases, stroke, liver cirrhosis, several types of cancer and infections, pancreatitis, type 2 diabetes, and various injuries."


Dr. Judy Grisel in a recent article (Can We All Just Chill Out On Cannabis - Not Yet, The Guardian, 2019) wrote: "Addiction and psychosis are similar in that they are the result of biological vulnerability combined with a stressful environment. Some are more predisposed than others, and this should provoke ethical and moral obligation - particularly from those of us who are not at risk - to protect the unlucky ones for whom the use of cannabis may be permanently detrimental."


Amidst the torrent of mainstream media and commentators giving their blessing to the legalization of recreational marijuana across the United States, a new study in the Lancet Psychiatry journal has attempted to shed light on the relationship between cannabis and psychosis. The authors assessed symptoms such as trouble telling the difference between real and unreal experiences, having false ideas about what is taking place or who one is, nonsense speech, lack of emotion and social withdrawal - all core features of the debilitating disorder schizophrenia. Replicating and extending earlier studies, the authors were able to connect cannabis use to increased risk for psychosis.


Every treatment professional with whom I have spoken has several cases of young people who manifest these symptoms. Cannabis is not the harmless substance the media might have us believe especially to teens and young adults and even more so to those with some predisposition to psychosis. I have had a far too alarming rate of cases of psychoses involving substances.


The need for legal intervention to get help for family members, friends and associates from the bondage of alcoholism and drug induced psychosis cannot be overstated. As Dr. Grisel wrote: "and this should provoke ethical and moral obligation - particularly from those of us who are not at risk - to protect the unlucky ones for whom the use of cannabis may be permanently detrimental." One can substitute alcohol or other substances for cannabis.


Families, therapists, treatment professionals, clinicians, technicians and interested people need to know all the tools at their disposal to get assistance to the substance impaired individual. The State of Florida has a history of being proactive in some instances in terms of getting help to substance impaired individuals which are especially needed at this time in our state. In 1993, Florida enacted the Hal S. Marchman Act, the first law of its kind in the country to get substance abusers into treatment via the courts. The Act is named for the Reverend Hal Marchman who devoted his life to assisting people suffering from substance use disorders. Many treatment professionals around the country bemoan the lack of such a law in their home states. The good news however is that one need not be a resident of Florida to have this Act apply; the individual simply needs to be present in the State of Florida for any reason and for any length of time. Many interventionists and out of state therapists encourage their families to get their loved ones to Florida for the sake of obtaining a court order for treatment.


Many studies done by well credentialed institutes including UCLA and the National Institute of Mental health demonstrate that court sanctioned treatment is more effective than treatment which is not court ordered. The Marchman Act provides leverage to the family of the alcoholic/addict to stop the destructive behavior and require that the individual go to treatment for a significant period of time or be held in contempt of court and quite possibly go to jail for violating the court's order for treatment. Not surprisingly, most folks would prefer the more comfortable environment of a treatment facility to that of a jail cell. And in almost all instances, the mere threat of jail is enough to keep an individual in treatment. Very few cases ever result in actual incarceration. However, it is excellent leverage to the individual. Our courts are well equipped to deal with these cases and want people to get help.


The increase in alcohol related deaths and the rise in psychosis related to cannabis use among young people require that we use every means at our disposal. The Marchman Act gives us a very effective tool.


Joe Considine has practiced law in South Florida since 1983. His practice is limited to Family Law and Addiction related Law including the Marchman Act. Joe has handled more than 2,000 litigation cases in his career, appearing in courts throughout Florida. Joe works with families whose loved ones have substance abuse and mental health problems as an attorney. He lectures throughout Florida on Family Law matter and substance abuse related issues.