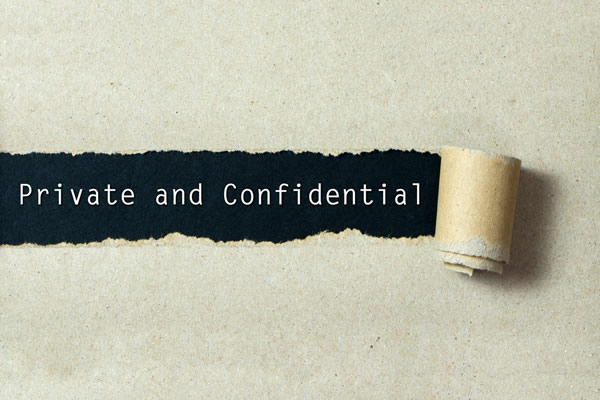 Florida’s Marchman Act found in Florida Statutes Chapter 397, “Hal S. Marchman Alcohol and Other Drug Services Act”, allows families, friends or those with knowledge of an individual with substance use disorder into treatment using the courts.


In enacting Chapter 397, the Florida Legislature showed the appropriate gravitas regarding substance use disorders as a serious and terrible problem to society and families. Section 397.305 sets forth the problem:


Those words were written in 1993. Today, one would have to add the staggering death rate and the loss of a generation to that list of horrors. In setting forth the above language it was made clear just how serious the Legislature viewed substance abuse.


“Substance abuse impairment is a disease which affects the whole family and the whole society and requires a system of care that includes prevention, intervention, clinical treatment, and recovery support services that support and strengthen the family unit.”


And then the Legislature went further:
“It is the goal of the Legislature to discourage substance abuse by promoting healthy lifestyles; healthy families; and drug-free schools, workplaces, and communities.”


While anyone who works with the Marchman Act realizes, the Act has issues in need of addressing by the Legislature to bring it closer to meeting the above-stated goals. And it is clear that the goals need to be refined to stop the death toll and to provide more effective intervention. Nevertheless, the Marchman Act remains a vitally effective tool using the courts to obtain the help for people who have substance use disorders. Serious and creditable research confirms that involuntary treatment, including through the courts, is at least as effective, if not more so, than voluntary treatment.


Not all involuntary treatment cases under the Marchman Act turn out well nor do all voluntary treatment cases turn out well. The point here is that the old idea that people with substance use disorders cannot be helped until they hit their own bottom and really want to get help on their own is a fallacy. Too many people have died while their loved ones have waited for them to hit a bottom which would cause the individual to want to get help. We do not need to do that any longer. The Marchman Act is an effective tool to get the substance use disordered individual, who says he or she does not want help, into treatment.


While this law has been historically underutilized, more and more mental health and treatment professionals are recommending it as a course of action for beleaguered families and friends. These folks, worn out trying to get their loved ones to stop using drugs/ alcohol, are turning to the courts via the Marchman Act to get help for their loved ones via admission into treatment. The existence of a court order requiring the individual to enter treatment is compelling and persuasive to the substance user that he or she can no longer hurt themselves without legal consequences as violation of the court order will result in the incarceration of the individual to compel compliance with the court order.


Unfortunately, the Marchman Act is still not understood and therefore underutilized by families and treatment professionals at least in part due to a lack of education, the lack of treatment beds for indigent people, concerns about the lack of confidentiality of the process and the problems with individuals leaving treatment contrary to a court order. Moreover, there are problems related to the timing within which court orders can be obtained.


Thankfully, the Florida Legislature addressed the concerns about confidentiality in the recent legislative session by amending the Marchman Act to make it clear that the public should not have access to records of Marchman Act court proceedings.


Families that I see in my practice are concerned about the confidentiality of the Marchman Act. I am frequently asked about the issue of non-disclosure.


Historically, circuit courts throughout the state handled disclosure of court records related to the Marchman Act in different ways. Some clerks of circuit courts allowed evidence of a Marchman Act filing on the Clerk’s docket. Most circuits denied access to members of the public of the actual court filings but there were a few instances where access was granted to the public. In our practice, we have always taken the position that there should be no disclosure whatsoever of anything to do with a Marchman Act filing or disclosure of any pleadings or records. It has been my opinion that the mere mention of a person’s name in the context of a Marchman Act case filing on the Clerk’s docket is a violation of federal and state law. It was obvious that there was a need for uniformity and that had to come from the Legislature.


The Marchman Act was amended in 2017. Section 397.6760 makes it very clear that Marchman Act court records are confidential. All petitions for involuntary assessment and stabilization and all court orders and pleadings are confidential and exempt from the Public Records Act. The public is not allowed access to Marchman Act records or pleadings. Personal identifying information may not be published by the Clerk on a court docket or in a publically accessible file. There is disclosure permitted but only to limited classes including the parties, their attorneys, guardians of the impaired individual, and the individual’s treating health care providers.


Disclosure of information about treatment and records of treatment is strongly disfavored as a matter of public policy by the courts generally. There are very good therapeutic reasons for this policy. As a society, we want people with substance use disorder to get help. It is important to their recovery that these individuals are assured and feel confident that the fact they have entered into treatment; matters they discuss with therapists; and how they do in treatment, should not be made public. Hence, there are protections against any disclosure present in federal HIPPA laws and the protection of non-disclosure contained in the Florida Evidence Code and other statutes at the state level.


There are additional changes which are needed in the Marchman Act to make it more workable for families and more responsive to the needs for recovery. We shall address some of those in subsequent articles.


Joe Considine has practiced law in South Florida since 1983. His practice is limited to family law and addiction related law including the Marchman Act. Joe works extensively with families whose loved ones have substance abuse and mental health problems as an attorney.